I was honoured last week to take part in ImagiNation, Quebec City's English language writers' festival, alongside Miriam Toews, Terry Fallis, Wayne Grady, Sheila Fischman, and many more.  Thanks to the organizers for a wonderful event! 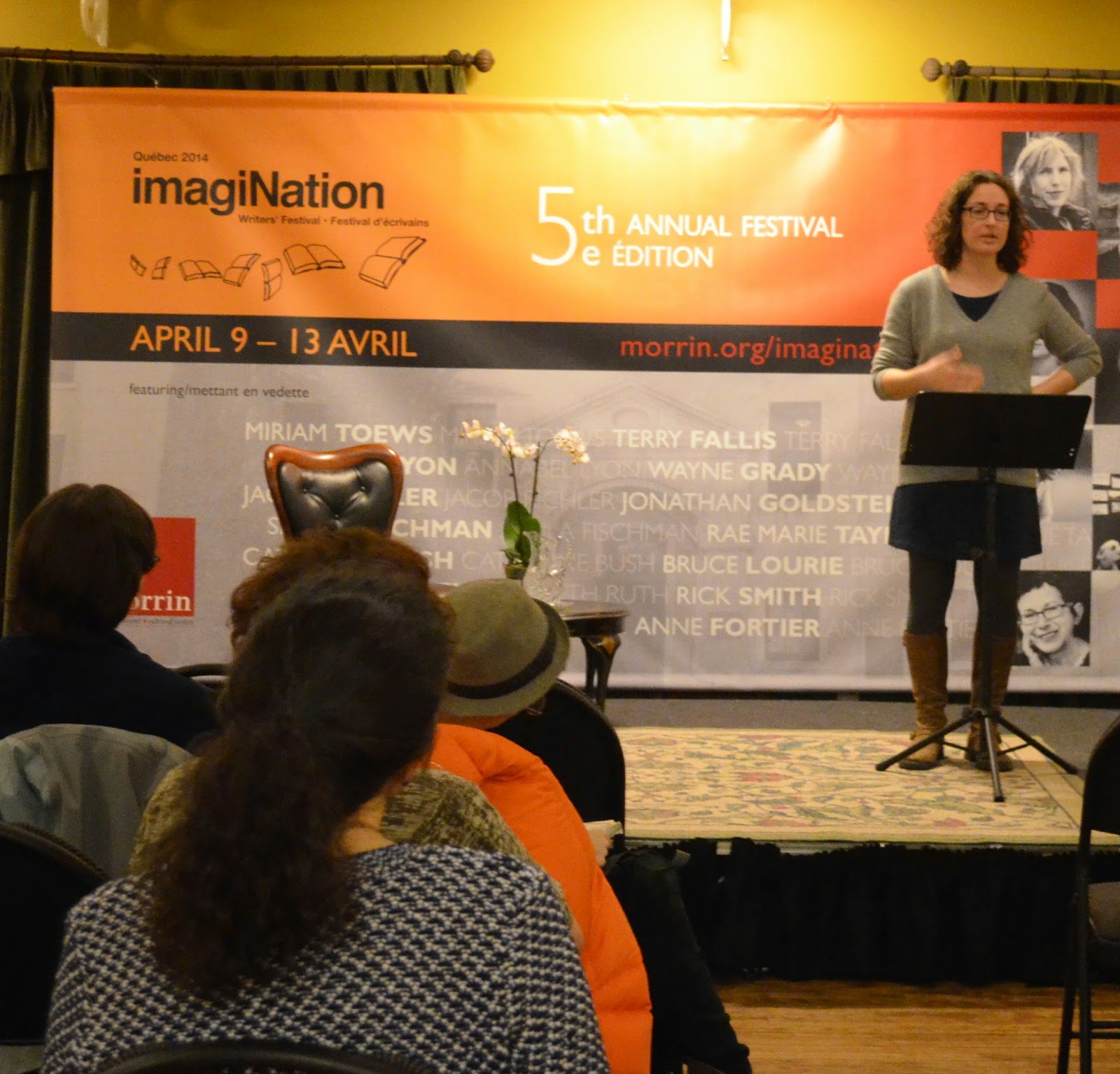 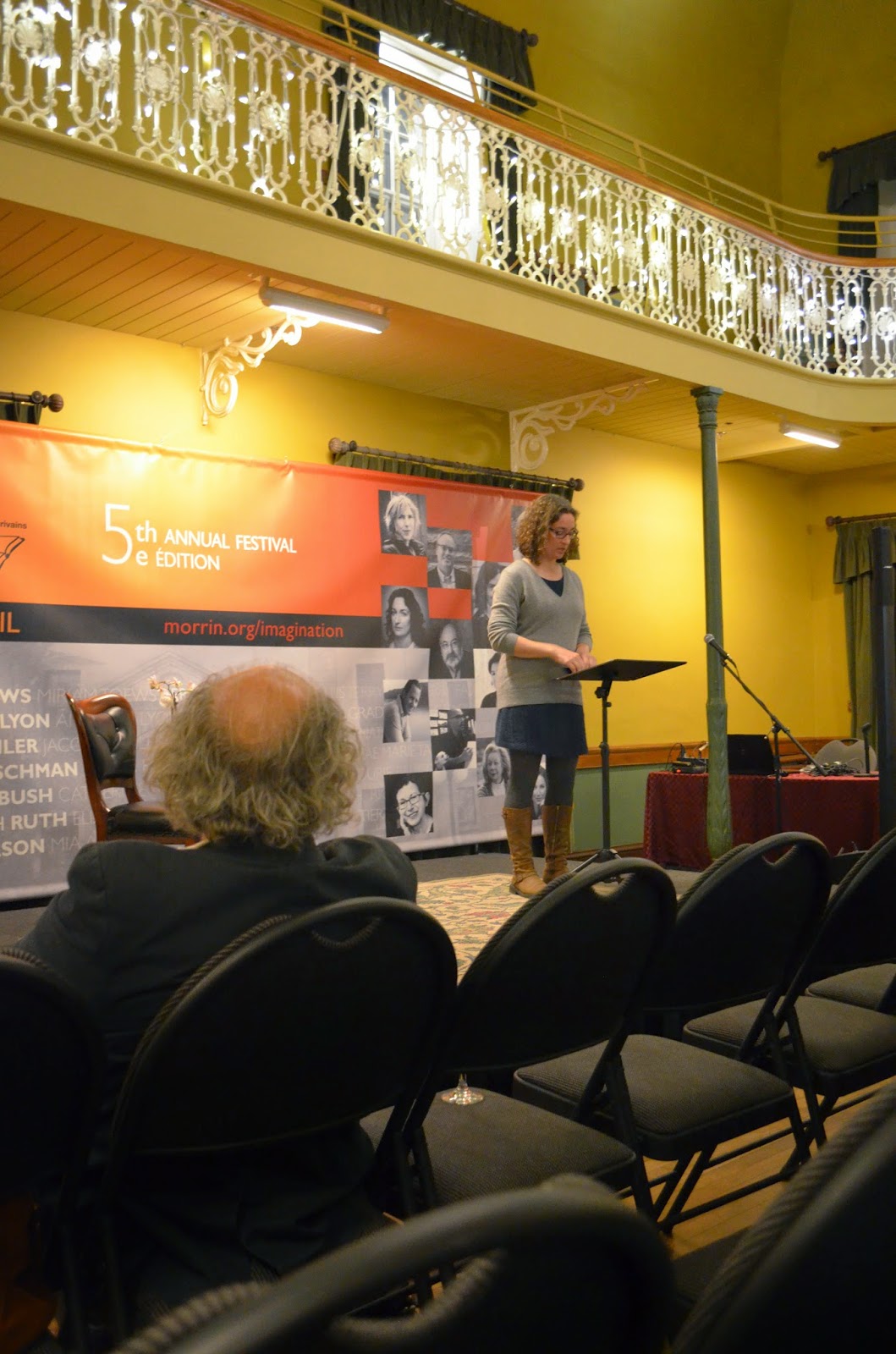 I'm so pleased that the paperback edition of The Sweet Girl is now available in the US from Knopf.  Here's a link to an interview I gave in their offices last December, available on Youtube.


Posted by Annabel Lyon at 9:46 AM No comments:

"I have grown up with a love of all the glory that is ancient Greece, but Annabel Lyon has put me in the room with these extraordinary characters, in conversation with them. I want the conversation to continue."

To read Anne W. Semmes full review of Imagining Ancient Women for the Greenwich Citizen, please click here.
Posted by Annabel Lyon at 10:18 AM No comments:

"With exquisite skill, the author evokes Pythias and her family as credible members of a community that existed more than two millennia ago. At the same time, she shows their kinship with us, allowing us to see their constraints as different from our own, but nonetheless analogous." 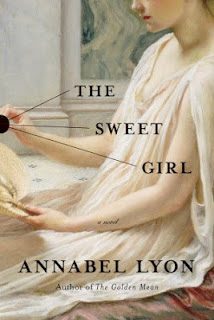 Here's the lovely American cover for The Sweet Girl.  Many thanks to my editor, Diana Coglianese, and everyone at Knopf US for all their hard work!
Posted by Annabel Lyon at 9:59 AM No comments:

Please click here to read my article "Who Was Aristotle's Daughter?" in The Daily Beast.  From the article:

"I didn’t want to write a fairy tale. I didn’t want to make Pythias into a historical-fiction princess, living a story of forbidden love in fancy dress and encouraging the reader to deplore the circumstances of her oppression from a comfortable moral distance. We’ve all read that novel too many times."
Posted by Annabel Lyon at 9:54 AM No comments:

From The Boston Globe's review of The Sweet Girl, by Kathryn Lang:

"This is an entertaining work, a plausible story full of raw gusto, leavened occasionally by a nod to Aristotle’s abstruse ideas. As Lyon portrays her, Pythias is not the “sweet girl” her father had called her, but resilient and resourceful — a survivor."

You can read the full review here.
Posted by Annabel Lyon at 9:37 AM No comments: 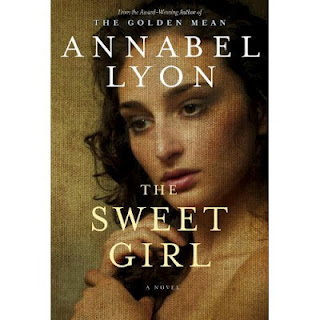 I'm so pleased to announce the forthcoming publication of my sequel to The Golden Mean, entitled The Sweet Girl.

From the jacket copy:

"Pythias is her father's daughter, with eyes his exact shade of unlovely, intelligent grey. A slave to his own curiosity and intellect, Aristotle has never been able to resist wit in another--even in a girl child who should be content with the kitchen, the loom and a life dictated by the womb. And oh his little Pytho is smart, able to best his own students in debate and match wits with a roomful of Athenian philosophers. Is she a freak or a harbinger of what women can really be? Pythias must suffer that argument, but she is also (mostly) secure in her father's regard.

But then Alexander dies a thousand miles from Athens, and sentiment turns against anyone associated with him, most especially his famous Macedonian-born teacher. Aristotle and his family are forced to flee to Chalcis, a garrison town. Ailing, mourning and broken in spirit, Aristotle soon dies. And his orphaned daughter, only 16, finds out that the world is a place of superstition, not logic, and that a girl can be played upon by gods and goddesses, as much as by grown men and women. To safely journey to a place in which she can be everything she truly is, Aristotle's daughter will need every ounce of wit she possesses, but also grace and the capacity to love."
Posted by Annabel Lyon at 11:18 AM 5 comments:

Word on the Street Vancouver

On Sunday, September 25 I'll be taking part in Word on the Street!

Fall for the Book 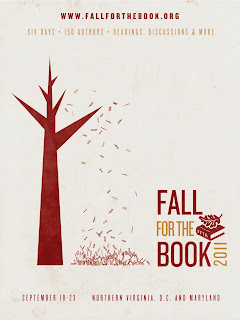 I'm so pleased to be taking part in this year's Fall for the Book Festival in Fairfax, VA.  I'll be in Research I 163, George Mason University on Thursday, September 22 at 4:30PM to discuss The Golden Mean.
Posted by Annabel Lyon at 12:04 PM No comments:

"This deeply pondered and very beautiful book provokes much reflection from its reader. Lyon’s own densely metaphorical, present-tense narrative invites us to realize the importance of observation, and of looking before we think, before we delve in with the scalpels and the knives."

I'm so pleased to be taking part in the Galiano Literary Festival at the Galiano Oceanfront Inn and Spa on Saturday, February 26. For more information, please click here.
Posted by Annabel Lyon at 4:27 PM 6 comments: 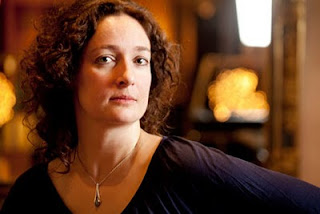 To read my interview with Pedro Vallín (in Spanish), please click here.
Posted by Annabel Lyon at 9:34 PM 1 comment:

"I wanted to write a novel about Aristotle, not Alexander-- at first, the boy was just along for the ride. In early drafts he was a supporting actor, no more. My real passion, or so I thought, was the philosopher who was his tutor. Here was a subtle, adult mind; a once-in-a-thousand-years genius-- a character of Wagnerian scope. All I knew about the kid was that I wanted him to be annoying."

To read "Alexander", my contribution to the brand-new PEN anthology Finding the Words (edited by Jared Bland), please click here. 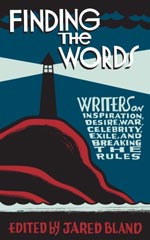 The Golden Mean has been shortlisted for the American Library Association's 2011 RUSA (Reference and User Services Association) Reading List in the category of Historical Fiction.  According to the ALA website, "The Reading List annually recognizes the best books in eight genres: adrenaline (including suspense, thriller and adventure), fantasy, historical fiction, horror, mystery, romance, science fiction and women’s fiction. This year’s list includes novels that will please die-hard fans, as well as introduce new readers to the pleasures of genre fiction."  To see a complete list of all the shortlisted titles, please click here.

Posted by Annabel Lyon at 7:06 PM No comments:

The Golden Mean is now available in Taiwan from Ye-Ren.  Welcome, Taiwanese readers! 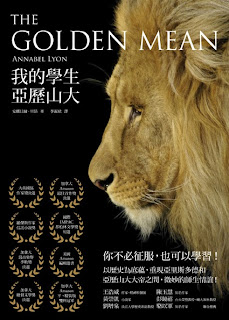 "Beer and Books" in Madrid

Posted by Annabel Lyon at 4:32 PM No comments:

A “vivid imagining of the encounter between Aristotle and the young Alexander the Great…. Lyon’s evocation of the ancient world is earthy and immediate.”

If you have a New Yorker subscription, you can see the complete review online by clicking here. Otherwise, you can read the review in the November 29rd issue.

Books of the Year for Christmas

"Annabel Lyon won prizes in her native Canada for her note-perfect historical novel The Golden Mean (Atlantic, £14.99), but here [in the UK] it has not had the attention it deserves. It tells the story of Aristotle and the young Alexander; her interpretation of their relationship and their world is luminous and deeply intelligent." --Hilary Mantel

To read the full article in The Telegraph, with more gift suggestions from Mantel, Colm Toibin, Simon Schama, Lydia Davis and others, please click here.
Posted by Annabel Lyon at 8:33 PM 2 comments:

Email ThisBlogThis!Share to TwitterShare to FacebookShare to Pinterest
Labels: Annabel Lyon, Books of the Year for Christmas, Hilary Mantel, The Golden Mean, The Telegraph

I am deeply honoured to announce that The Golden Mean has made the shortlist for the Literary Review's Bad Sex in Fiction Award for 2010. The competition includes Jonathan Franzen and Christos Tsiolkas, amongst others. To read the whole sweaty, red-faced list, please click here.
Posted by Annabel Lyon at 4:12 PM 5 comments:

On Wednesday, November 24 at 7:30PM, I'm honoured to be reading from The Golden Mean alongside Lee Kvern (The Matter of Sylvie) and Chris Ewart (Miss Lamp). For more information, please click here.